Palmitic acid conjugation enhances potency of tricyclo-DNA splice switching oligonucleotides Therapeutic strategies based on the use of antisense oligonucleotides aimed at modulating the expression of messenger RNAs are currently expanding. Several of these molecules have received marketing authorization, thanks to constant progress in chemical modifications and design. However, their biodistribution after systemic administration often remains limited, and the development of alternative, more efficient chemistries and new addressing systems has become a very active research focus. Researchers at UVSQ in collaboration with the start-up company SQY Therapeutics have been developing a new chemistry of antisense oligonucleotides, called tricyclo-DNA (tcDNA), for several years.

In a study published in Nucleic Acids Research, these research teams recently demonstrated that conjugation of these tcDNAs to palmitic acid significantly increases their therapeutic potential in skeletal and cardiac muscle, leading to functional improvement in treated dystrophic mice. In particular, the conjugation of these tcDNAs to palmitic acid allows to get rid of the PS links usually present in antisense oligonucleotides, thus offering to these new tcDNAs a particularly favorable toxicological profile. In collaboration with the team of C Vaillend (NeuroPSI), these authors also show the therapeutic potential of this molecule in the brain. This work thus opens new perspectives for the systemic treatment of neuromuscular diseases such as Duchenne muscular dystrophy. 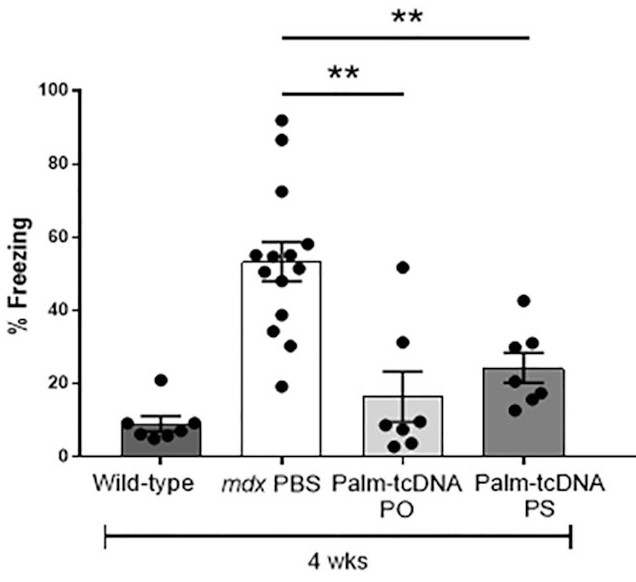 Article published in Nucleic Acids Research – Access to the manuscript