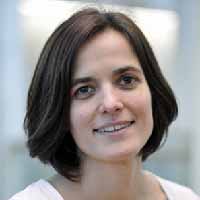 The brain is composed of billions of neurons, which connect to each other using electrical or chemical signals. To sustain this complex system, the brain consumes an intensive amount of oxygen and glucose to fulfil the needs in ATP. As a result, neurons produce a robust amount of reactive oxygen species (ROS). Uncontrolled production and insufficient elimination of ROS from the antioxidant system can be detrimental and damage essential macromolecules such as enzymes and structural proteins leading to brain dysfunction. The ataxia-telangiectasia mutated (ATM) kinase is mutated in the disease ataxia-telangiectasia, a rare autosomal disorder characterized by neuronal degeneration, cancer, immune deficiency, increased sensitivity to ionizing radiation, growth retardation and premature aging. Aside from the classical nuclear function of ATM in sensing DNA double strand breaks, ATM also exploits cytosolic signaling pathways by responding for example to oxidative stress. In fact, several mechanisms point towards a protective effect of ATM against ROS-induced damage of the brain. For example, the ATM regulation of metabolic pathways as well as of autophagy may safeguard against neuronal dysfunction. Recently we showed that ATM can phosphorylate the actin binding protein Drebrin to improve the stress resilience in dendritic spines, the post-synaptic site of glutamatergic synapses suggesting that ATM control of the actin cytoskeleton may also protect against ROS induced synapse dysfunction. Further understanding how dysregulation of ATM may lead to anomalies in the physiological properties of the synapse will open new avenues on therapeutic strategies for patients with ataxia-telengiectasia or other neurodegenerative diseases