Vocal recognition in Cape fur seals. Mother and pup can identify each other in spite of the high acoustic similar with others consepcifics of the colony.

The Cape fur seal (Arctocephalus pusillus pusillus) is one of the most colonial mammal species in the world. Females exclusively nurse their pups for 9 to 11 months, during which they alternate frequent foraging trips at sea with suckling periods ashore. The survival of the pup thus depends on the ability of the mother-pup pair to relocate each other among thousands of individuals. Previous work has demonstrated identity information encoded in pup-attraction (PAC) and female-attraction (FAC) calls. Here, we investigated vocal recognition between mother and pup using playbacks of PAC and FAC performed during the breeding season at Pelican Point, Namibia. Both females and pups were able to specifically discriminate the voice of their pup or their mother from non-affiliated pup or mother. Females were able to memorize previous versions of their pup’s calls (evidence of recognition up to 73 days after pup’s calls recording). Vocal recognition was demonstrated in pups from 1- to 13-weeks old age. Females and pups did not respond differently to the non-filial or non-mother (for pups) stimulus even if it had a strong acoustic similarity with the filial or mother stimulus. This suggested that Cape fur seal mother-pup pairs have high perceptual and cognitive abilities, allowing individuals to identify kin’s vocalizations in a very noisy and confusing environment. 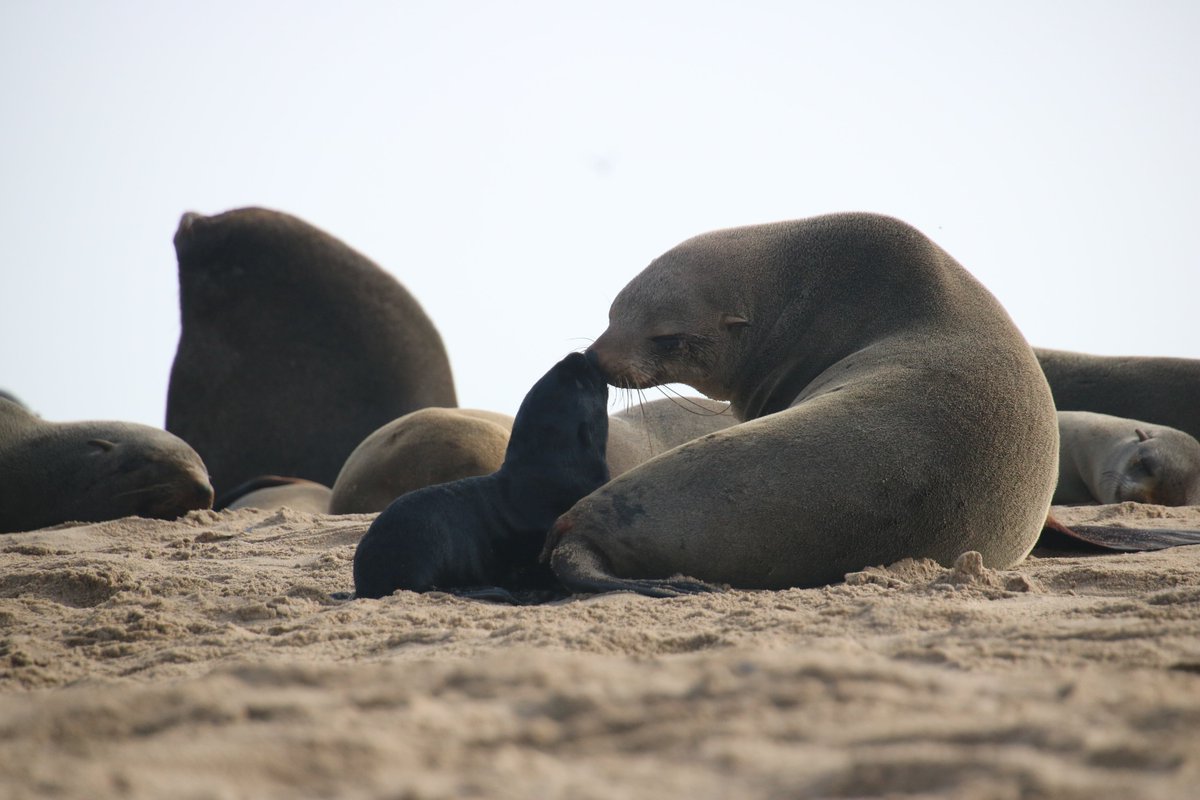 Article published in Animal Cognition – Access to the manuscript