We investigated the detrimental effects of chronic consumption of sweet or sweetened beverages in mice. We report that consumption of beverages containing small amounts of sucrose during several weeks impaired reward systems. This is evidenced by robust changes in the activation pattern of prefrontal brain regions associated with abnormal risk-taking and delayed establishment of decision-making strategy. Supporting these findings, we find that chronic consumption of low doses of artificial sweeteners such as saccharin disrupts brain regions’ activity engaged in decision-making and reward processes. Consequently, this leads to the rapid development of inflexible decisions, particularly in a subset of vulnerable individuals. Our data also reveal that regular consumption, even at low doses, of sweet or sweeteners dramatically alters brain neurochemistry, i.e., dopamine content and turnover, and high cognitive functions, while sparing metabolic regulations. Our findings suggest that it would be relevant to focus on long-term consequences on the brain of sweet or sweetened beverages in humans, especially as they may go metabolically unnoticed. 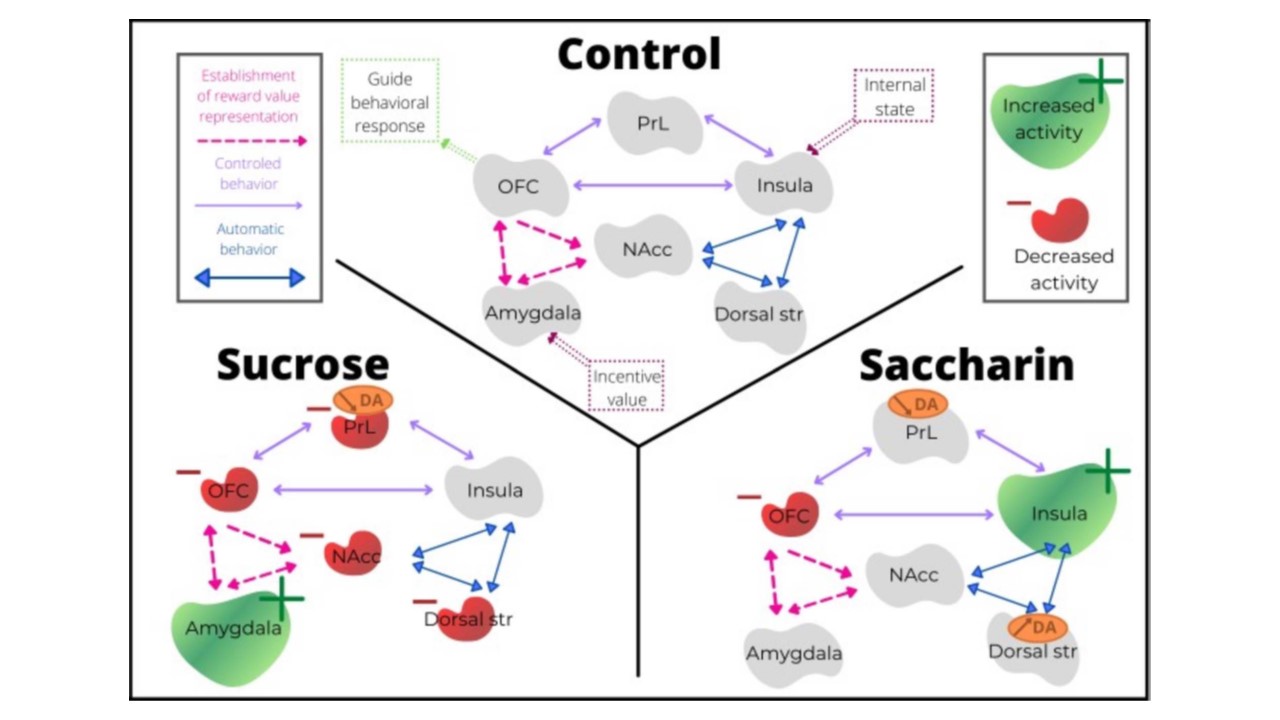 Article published in Cerebral Cortex – Access to the manuscript

Tweets by NeuroPSI_saclay
We use cookies on our website to give you the most relevant experience by remembering your preferences and repeat visits. By clicking “Accept All”, you consent to the use of ALL the cookies. However, you may visit "Cookie Settings" to provide a controlled consent.
Cookie SettingsAccept All
Manage consent