Brain adaptation to acute stress is modulated by social behavior.

We have previously shown the buffering role of social contacts on exposure to acute stress, and demonstrated that this effect involves the recruitment of a prefrontal-amygdala network (PFC – BLA) and requires a functional nicotinic cholinergic system . These data showed particularly – and surprisingly – rapid effects. Here, we show the importance of time course in this cerebral plasticity, which manifests itself both at the level of the cellular activity of the network, but also at the level of the functional connectivity within the multiple prefrontal areas, and between the prefrontal cortex and the amygdala. Our data reveal an important point of the adaptability of this network: passive waiting alone is not sufficient to abolish the effect of acute stress on the brain. Coupled with the possibility of having a social contact, it allows on the other hand a functional restoration. The serial analysis of all the prefrontal areas, from the most rostral to the most caudal ones, makes it possible to identify those participating in the default mode network as determining in the dynamics of functional recovery after exposure to stress, thanks to social interactions. Nicotinic cholinergic receptors play a key role in this cerebral plasticity: their absence greatly delays this functional recovery in the prefrontal cortex and the amygdala. 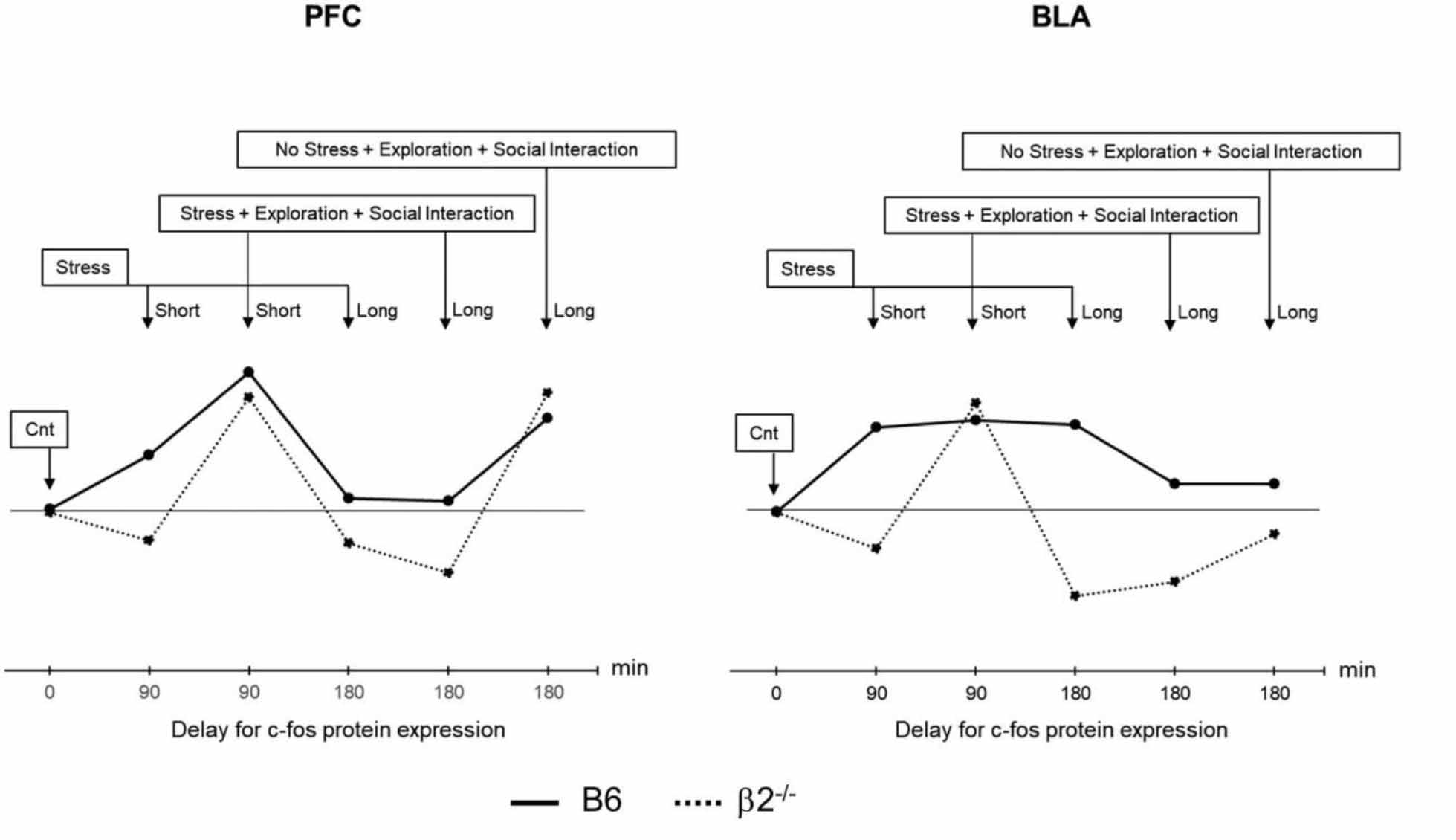 Article published in Cerebral Cortex – Access to the manuscript