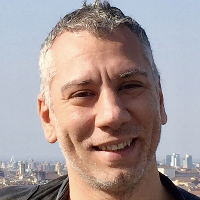 The scent-sational role of GnRH neurons

Abstract
Gonadotropin-releasing hormones (GnRH) neurons are the master regulators of fertility in vertebrates. Hypothalamic GnRH-secreting neurons release their hormone through the median eminence (ME) into the hypophyseal portal system to stimulate the production and release of pituitary gonadotropins, which regulate the development and function of the gonads.

We recently identified, both in mice and humans, a sub-population of extra-hypothalamic GnRH neurons located in the the olfactory bulb (OB), whose role has never been investigated. Combining mouse genetics with Cre-dependent viral tracing approaches, and 3D-imaging of whole-mouse heads, we revealed that OB-GnRH neurons project neurites contacting the vomeronasal organ, the chemosensory system that perceives and processes stimuli related to social and reproductive behaviors in many species of vertebrates. In addition, OB-GnRH neurons send long projections to the hypothalamic areas involved in the control of gonadotropin release.

The event is finished.