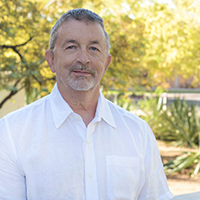 Individual Differences in Learning Performance: From Genes, to Behavior, to Ecology

Abstract
Animal ‘personalities’ arise from individual differences in predispositions to show adaptive behaviors under natural conditions. In particular, these differences are important for shaping how animals interact in social networks that are important for their, and other animals’, survival. Honey bees are a case in point. Honey bee colonies are composed of a queen and up to 100,000 workers, and, since workers are sterile, their evolutionary fitness depends on closely coordinating their activities to support the queen. Every worker specializes on different tasks (e.g. nursing, guarding, foraging) as they age. Furthermore, foragers from the same colony, i.e. from the same queen, show differences in learning performance on several standard nonassociative and associative conditioning protocols. We have found that a substantial basis for these individual differences lies in genotype, which arise because every queen mates with up to 20 drones (males). Thus, workers from the same colony represent the genetic diversity from a large number of possible fathers. Our selection has focused around selection for genetic lines of workers that show high or low levels of Latent Inhibition (LI). We have used Quantitative Train Locus mapping to identify regions of the honey bee genome that correlate to learning performance on LI. A detailed analysis of one locus has identified a biogenic amine receptor correlated to high and low LI. Pharmacological blockade and RNAi-based disruption of this receptor has clear (albeit counterintuitive) effects on the trait as well as on neural correlates of the behavior in the brain. The receptor is located on presynaptic terminals in two brain areas, where it has potentially inhibitory effects via depression of cAMP levels. More recently we have evaluated what the presence of these forager learning genotypes does for a colony. High-LI foragers focus on known food resources, whereas Low-LI foragers tend to be the ones locating new resources. Thus, it appears that the genotypic variation is useful for a colony as it may represent a trade-off between exploration and exploitation for food and other resources. Finally, we are currently investigating how the optimal genotypic composition of a colony may depend on the distribution of food resources, and whether epigenetic factors regulate the impact of a genotype on a forager’s learning performance.

The event is finished.